Car enthusiasts cannot resist the urge to judge a car based on its specifications. Common performance benchmarks evaluated include horsepower, price, 0 to 60 mph time, and the weightiest of all – top speed.

Whether you will get a chance to experience a car at its maximum speed is quite unlikely. However, the potential is all that matters.

With that in mind, this article looks at the top 20 fastest cars in the world. These statistics are according to what manufacturers claim or have proven.

To keep things simple for you, we have excluded any concept or custom vehicle projects in this list of the top 20 fastest cars in the world.

With all the funds available to mainstream carmakers, you would think that the fastest car in the world would come from a recognizable brand. However, the Hennessey Venom F5 owns the top spot on this list of top 20 fastest cars in the world.

The Venom F5 has a claimed top speed of 301 mph. This car uses a carbon fiber chassis and is powered by a 7.4-liter twin-turbocharged V8 engine, which produces a 1,600 horsepower. Although Hennessey is yet to confirm this claim, the Venom F5 has been reported to dash from 0 to 249mph, then back to 0 in just 30 seconds. This is the same time that would take a normal sports car from 0 to 100mph.

It had been quite a long time since we had heard from SSC, but the American automaker announced a successor to the Ultimate Aero Hyper Car. At the time of the announcement, SSC had stated that their new Tuatara would hit a maximum speed of 265 mph. However, the figure rose to 300mph but is still unclaimed.

The SSC Tuatara comes with a twin-turbocharged V-8 and 5.9-liter engine, which produces a horsepower of 1,750. Its power is routed to the rear wheels through a seven-speed automated manual gearbox. This power should enable the Tuatara to hit 300+ mph, but we’ll have to wait for them to confirm this claim.

While the Hennessey Venom F5 and SSC Tuatara have claimed top speeds of over 300mph, the Koenigsegg Agera RS has a verified top speed of 278 mph.

On November 4th, 2017, an 11-mile stretch road was closed down just outside Las Vegas and Koenigsegg turned up with the Agera RS, and their factory driver, Niklas Lilja was able to hit two high-speed runs in opposing directions.

The Guinness Book of World Records recorded the Koenigsegg Agera RS to have a top speed of 285mph.

After getting approval from the Kennedy Space Center, the Hennessy Venom GT was able to record a top speed of 270mph. Although this run was approved, it had its own fair of criticism. The main reason behind this is that top speeds are recorded from an average of two runs in opposite directions. Furthermore, the Venom GT is hand-built and thus considered a low-production vehicle. Therefore, questions exist as to whether it should be considered a production car.

Bugatti had dominated the world’s fastest cars list for years before Koenigsegg and Hennessey jumped into the top speed fray. Unlike its rivals, Bugatti received a lot of funding from its parent company, Volkswagen, and thus its success.

The Bugatti Veyron Super Sport comes with a quad-turbocharged W16 engine, which delivers 1,200hp to its four wheels. It also has aerodynamic features that enable it to hit 268mph.

It took Bugatti over 10 years to come up with a successor for the Veyron. Many expected the new Bugatti Chiron to help Bugatti reclaim their top speed crown, but things did not turn out as anticipated. The Chiron has plenty of power (1500hp) but its top speed of 261 is even lower than that of the Veyron Super Sport.

People argue that Bugatti messed up but this is not the case, as they limited the Chiron electronically. The main reason for this is that they are developing a new model that should challenge Koenigsegg and Hennessy. This means that we may soon see Bugatti back at the top of this list of the top 20 fastest cars in the world.

All aspects about the Rimac Concept Two are just absurd because this car has four electric motors, which produce a combined 1,914hp and 1,696lb-ft of torque. This car can do 0-60mph in just 1.85 seconds, making it one of the quickest-accelerating product car in the world.

The Rimac Concept Two is claimed to reach a top speed of 258mph, and we’ll have to wait until 2020 for this to be confirmed. This is when Rimac will be putting this concept car into production.

For quite a while, the SSC Ultimate Aero was the fastest production car in the world. It clocked 256mph in the year 2007, beating the non-Super Sport version of the Bugatti Veyron.

The Ultimate Aero is powered by a 6.3-liter turbocharged V8 engine, which produces 1,287 of horsepower. The car does not have any electronic driver aids to enable it to control that amount of power. This gives the driver a smooth driving experience.

Aston Martin combined efforts with Red Bull Racing to come up with the Aston Martin Valkyrie. This supercar benefits from technological attributes borrowed from the Formula 1 Paddock.

Despite the fact that the final product is not out yet, we already have the understanding that the Valkyrie will come with a 6.5-liter V12 engine that will produce 900hp. This is an incredible statistic on its own. However, the 12-cylinder is part of a hybrid powertrain in this application.

Aston Martin predicts that the Valkyrie will produce a total of 1,130hp, which will be enough to help the car hit 250mph.

The Tesla Roadster is a supercar on its own level. The car probably has the best specs of an electric vehicle. It can do 0-60mph in 1.9 seconds and 0-100mph in 4.2 seconds.

Although the top speed of 250mph is still unconfirmed, its 200kwh battery pack is quite huge and will without doubt push performance EVs to a completely new level.

Apart from its ridiculous speed and acceleration, Tesla founder Elon Musk claims that the Roadster will have a range of 620 miles. We have to wait and see whether Tesla will achieve this.

Named after the red kite, Milan Red comes will come with a 6.2-liter quad-turbocharged V8 engine that will produce a claimed 1,307hp and 1,303lb-ft of torque.

The next car on this list of the top 20 fastest cars in the world is the Saleen S7. This car is simply a performance legend because it comes with exotic styling, incredible tuning potential, and insane performance.

Koenigsegg used to hold the world’s fastest car category before being overtaken by the Bugatti Veyron. Koenigsegg held this position courtesy of the CCR, which did 242mph at Nardo Ring, Italy in 2005.

The CCR came with a 4.7-liter V8 engine and a carbon-fiber body but did not focus much on the electronics. However, the CCR’s moment in the spotlight was quite minimal, as it was soon beat by the CCX, then the Agera.

With its 6.1-liter BMW M V12 engine, carbon-fiber body, and gold-lined engine bay, the McLaren F1 is not only one of the world’s fastest car, but also one of the coolest cars to drive.

McLaren has been known for years as a successful race team in Formula 1 and they built the F1 with the ultimate goal of making a road-going supercar. However, its design and make was more like that of a racecar. In fact, the F1 had a successful racing career when it went on to win the 24 hours of Le Mans in 1995.

Another car on this list of the top 20 fastest cars in the world is the Pagani Huayra BC is definitely a beast. This is courtesy of its AMG-sourced bi-turbo V12 engine pushing less than 3,000 pounds.

Being lighter and more powerful than the common Huayra, the BC’s engine is made to produce 789 of horsepower. Its total curb weight was lowered down to 2,465lbs. These features contribute immensely to its top speed of 238mph.

Manufactured by the Danish company Zenvo, the ST1 is built for high-performance.

The car comes with a turbocharged and supercharged V8 engine and can do 0-60mph in 3 seconds. The car has a maximum power of 1104bhp and a maximum torque of 1430nm. All these features enable the car to hit a maximum speed of 233mph.

The next car on this list of the top 20 fastest cars in the world is the Noble M600. Manufactured in Britain, Noble came into the scene and has since contributed immensely to the automotive industry.

Noble’s most notable achievement is the M600, which was introduced in 2009. This car comes with 4439cc Twin-Turbocharged V8 engine, which offers a maximum power of 650bhp and maximum torque of 819nm. These features enable it to reach a top speed of 225mph.

Although the M600 is quite fast, it is also hard to drive because it has few electronic aids.

With a body sculpted like a dragon and its bright orange paint, the Apollo Arrow is a great example of engineering and design.

The Apollo Arrow comes with a 3993cc Twin-Turbocharged V8 engine that offers a maximum power of 6750rpm and a maximum torque of 1000nm. Combined, these and many other features make the Apollo Arrow one of the top 20 fastest cars in the world.

We cannot have a list of the top 20 fastest cars in the world without mentioning a Lamborghini car.

Lamborghini Veneno was manufactured to celebrate Lamborghini’s 50th anniversary. When the car was introduced in 2013, it was the most expensive production car in the world at that time.

The last car on this list of the top 20 fastest cars in the world is the Aston Martin One-77. This is a two-door coupe that was manufactured by the British automaker, Aston Martin.

Currently, the Aston Martin is the fastest road-going Aston Martin ever. Just like other cars by Aston Martin, the One-77 has a similar front-engine layout but offers a completely different experience when it comes to the engine performance.

This car has a V12 engine, which offers a maximum power of 6500rpm and a maximum torque of 5750rpm. All these features combine to offer a top speed of 220mph.

Tips to ensure your car’s longevity 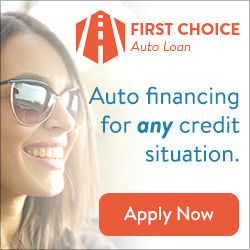